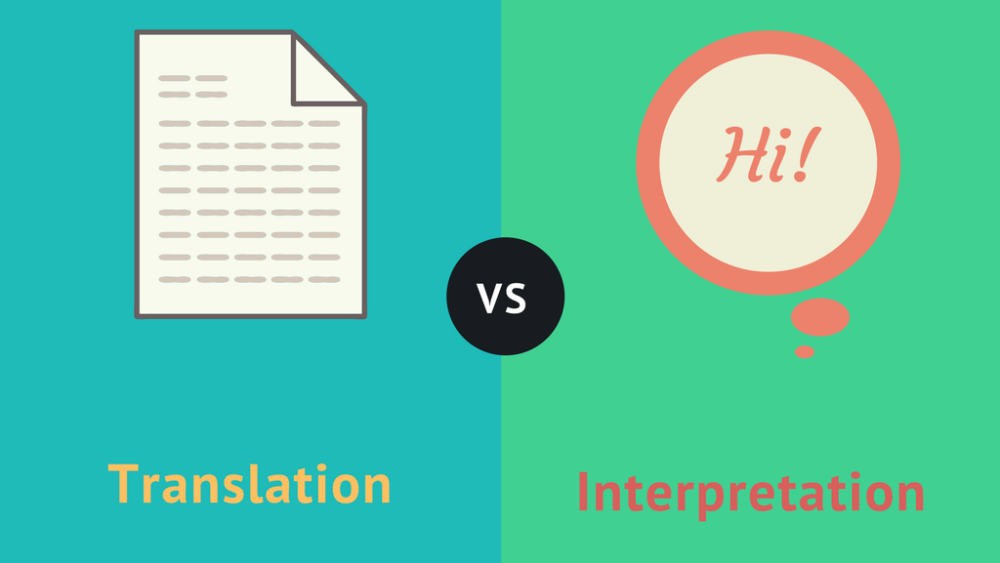 A lot of people cannot tell the difference between a translator and an interpreter. They do have something in common, it’s true. They both try to convey a message from a language to another. However, there are some significant differences regarding what they do and what skills each profession demands. Let’s make things clear…

The translation process might take days or longer to be completed, depending on the volume and the kind of the text. On the contrary, interpretation is a real-time procedure so the final product is delivered instantly.

Translators work on your texts using several resources like dictionaries, CAT tools, glossaries, references and anything else they might need to achieve their goal. However, interpreters have neither the luxury of time nor that of the resources. The procedure takes place on-the-spot so their only help is actually the knowledge of the language and the topic they are asked to communicate.

Let’s give an example for each of the them. A translator can help you if you want to translate a legal contract while an interpreter can help you interact with your audience during a business meeting! So, from now on you know who to look for or what services to ask for.

Our tip? Always hire a professional!